Post war Rural Development
This project was intended to help people living in the rural areas of the Tonkolili District recover from a 10 year civil conflict. 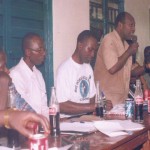 The project was officially launched in November 1998 and comprised agriculture and small-scale income-generating activities.  Maize, pepper, cassava, cow pea and egg plant were grown successfully.
Gara dyeing, tailoring, soap making, bread making, including the required training, were established in conjunction with savings  and credit schemes.  All of these activities proved to be sustainable in the long term despite being interrupted by a resumption of hostilities between February and December 1999.
The background to the war and an account of the monitoring visits Mike Thomas made to Sierra Leone can be seen here:
BACKGROUND TO THE WAR IN SIERRA LEONE
SIERRA LEONE DIARY 2000 and 2002

The project was re-launched on 26th February 2000. 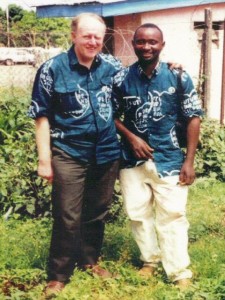 Mike Thomas made a monitoring visit on 5th May 2000, but had to leave the country two days later because of renewed rebel activities.  Shortly after about 45,000 people fled into the project area due to fighting between rebel and government forces.  In addition to the intended beneficiaries, emergency food and water was provided to many of these internally displaced people. 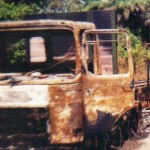 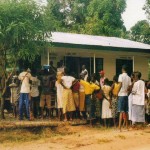 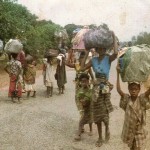 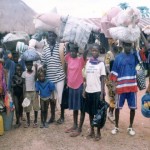 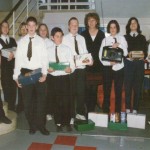 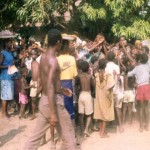 Rebels first attacked the project area in December 1994 destroying two villages and most public buildings and shops . Many of project beneficiaries shown had been traumatised by rebel attacks and seen members of their families killed and maimed.  Many spent months surviving in the bush.  Many will have spent time in Freetown slums or displaced camps where they have had to develop new skills to survive. 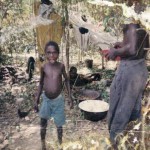 The project co-ordinator, Edward Kargbo, himself a farmer, had to adapt to these very different environments and at one stage spent nine months surviving in the bush with his large family.  Several of his staff were killed and others brutally maimed. 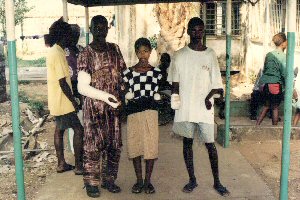 One of the most successful activities of the project during periods of conflict was the seed multiplication programme. This involved sowing crop seeds in areas not affected by rebel activities and using some of the seeds derived from those crops in other areas when vacated by rebels. 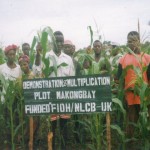 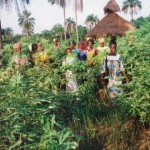 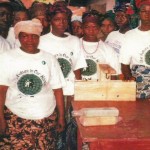 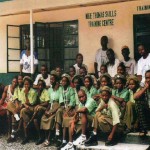 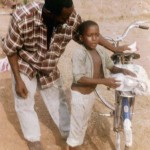 When peace was eventually restored after the intervention of British troops and United Nations troops from India and Pakistan, Mike Thomas carried out the final monitoring visit between the 18th November and 7th December 2002. 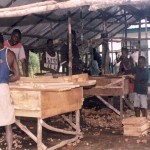 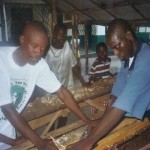 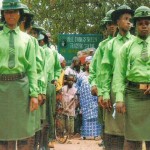 All agricultural activities had been re-established and the training centre had been rebuilt after it was destroyed by rebels.  Most of the tools and equipment had been hidden during rebel attacks and were re-claimed.
The partner non-government organisation, Future in Our Hands Sierra Leone is now well known and respected for its development work in the region.