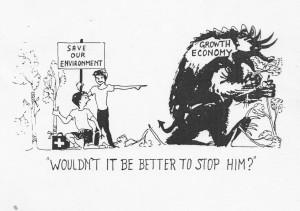 Global Monetary Reform
FUTURE WORLD presents a range of proposals and models which reflect the twin goals of international social justice and sustainability and offer alternatives to those based on economic growth and globalisation.
The Foundation for the Economics of Sustainability (FEASTA) believes that the present world and monetary system is so gravely dysfunctional that it makes the achievement of sustainability impossible. We have three main reasons for this belief:

Our seven proposals are:
Global
1. A genuine world currency should be established.
2. This new world currency should be issued by being given into circulation rather than lent.
3. The initial distribution of the new currency should be on the basis of population rather than economic power.
4. Over the years, the supply of the new currency should be limited in a way which ensures that the overall volume of world trade is compatible with whatever is considered to be the most crucial area of global sustainability.
National
5. Each country or monetary union should operate two currencies, one for normal commercial exchanges, the other for savings and capital transfers. Each of these currencies would have its own floating exchange rate with the new international currency, and hence a variable exchange rate with the other.
6. The new national exchange currencies would be spent into circulation by their governments rather than being created through the banking system on the basis of debt.
Local
7. The establishment of regional (i.e. sub-national) and local exchange currencies should be encouraged.
The detailed arguments in support of these proposals are not presented here. Brian Davey, author of “Credo – Economic beliefs in a world in crisis” presents a detailed critique of the dysfunctional nature of economics and present global system of wealth creation and distribution. He is also skeptical about the chances of influencing policy-makers to make any meaningful reforms to the present economic system, despite the urgency of the challenges presented by climate change:
“In regard to climate policy (or its absence) the situation has also changed dramatically for the worse because nothing remotely adequate has been done – so that to have a realistic chance of preventing dangerous climate change would now require spectacularly rapid rates of decarbonisation – so fast that I for one think they could occur only in conditions of involuntary economic collapse.
The problem that I have is trying to envisage a situation where a small band of thinkers like those in Feasta have the remotest chance of being heard and our ideas and designs for a better world taken seriously and acted upon. I do think we can do things that make a difference. We can perhaps influence students and young people setting out on their journey in life. In the long term projects that improve the lives of poor people especially can provide a model of a better world and citizens action – but designs for the international monetary order written up for politicians, officials and policy wonks get ignored I fear. The world keeps changing and moving on quickly – and often getting worse.
I see my role as preparing the next generations for the ideas about the limits to growth…and what can be done in small local projects, perhaps networked together”.