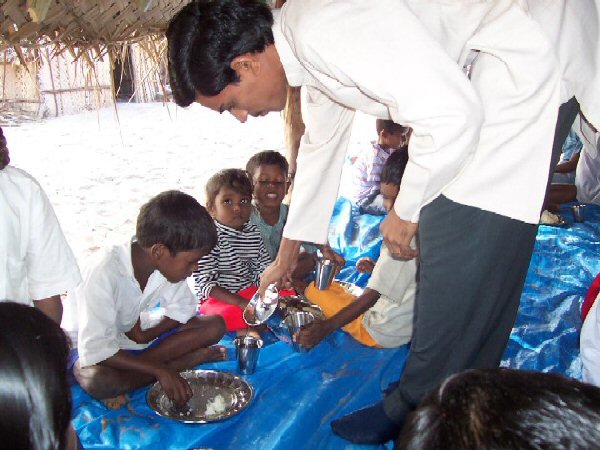 Background
The tsunami of December 26, 2004 killed over 150,000 people in a number of Asian countries and millions were made homeless.  The economic cost of the destruction was staggering.  Unlike the Pacific Ocean, tsunamis may happen only once or twice in a century in the Indian Ocean.  Tsunamies occurred in 1941 and 1881 and originated from earthquakes off the coast of Sumatra and around the nearby Andaman and Nicobar islands.  The tsunami of 1945 struck India’s West Coast and was generated by an earthquake off the coast of Mekhran in present day Pakistan.  Although that earthquake was much less powerful than the one of December 26, 2004, the geological structures in the Mekhran area are capable of setting off more powerful and hence more dangerous earthquakes and tsunamis, say experts.

The Tsunami hit hours after an earthquake off the Indonesian Island of Sumatra at 6.28 am IST on 26/12/04.  The Andaman & Nicobar Islands (India) experienced 8 aftershocks ranging from 6 to 5.8 on the Richter scale.

The FIOH Fund response
The FIOH Fund was able to make a small contribution to this disaster through its partner HEARTS based in Guntur, Andhra Pradesh, where the tsunami had devastating affects. The coast of Orissa and Tamil Naduc were also badly affected.
HEARTS director reported:

“We have visited the three camps in Bapatla and neighboring towns Nizampatnam, Vetapalem and helped with supplies and liaising with local government for further help for the loss of boats, fishing nets and compensation.  We had a meeting with the District Collector and Revenue officers  and they have assured that help would be provided.  We were able to get medicines from the local pharmacy stores and doctors assured help at any time.  The children needed  long term help in addition to the government’s compensation to parents – they were using it for personal items or towards building a house.  The children needed help with schoolbooks and clothing.  The death toll rose to 17,500 in India – 8,000 in Tamil Nadu and 175 in Andhra Pradesh (27/1/2005).”

HEARTS continued help during the first few months of 2005.
Hearts worked with local NGOs and supporters with the relief work in these areas.  The photographs below of the devastation were taken in the initial days of the situation in Tamil Nadu and Andhra Pradesh states.

Financial Assistance:
Hearts received Rs.116,887 (£1,670) from friends groups in the UK and Australia for relief work.  Local donations were received in kind such as blankets, cooking utensils, clothing and some food supplies.

Hearts identified 12 children who lost single or both parents due to Tsunami.  These children were looked after by HEARTS since they had no other support from their families/relatives.  The community response was very saddening.  The people are in big shock and fear.  They refuse to go back to sea for 3 months although the Government tooksteps for them to get back to normality. 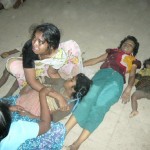 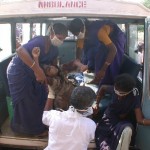 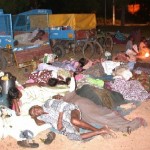 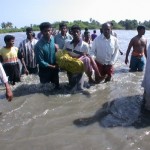 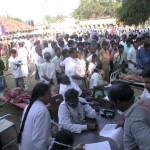 Some statistics on the tsunami: 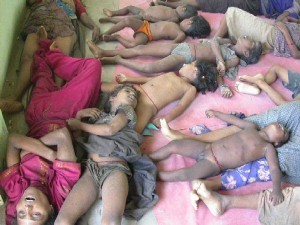