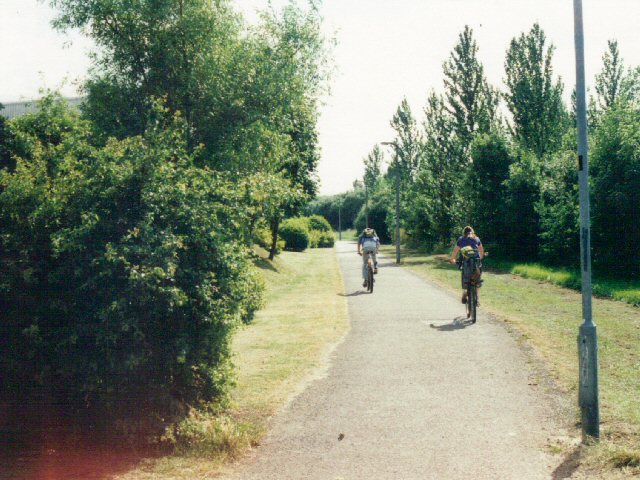 Why do so many people feel it necessary to acquire cars in the many parts of the affluent world where there are good public transport systems?  Even though the public transport networks are good in these regions, they could be so much better were it not for the congestion caused by far too many cars on the road!
For many the car is regarded as a necessity for both social and work demands and they would think that giving up the car would greatly diminish their quality of life.  The hope is that the following suggestions will prompt a rethink. 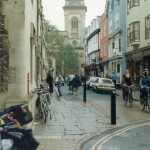 Whilst poverty and hunger are major causes of ill health for most people in the world, in the rich countries an increasing number of health problems are related to lack of exercise, over eating, drinking excessive alcohol and the over-use of both proscriptive and prescriptive drugs.  These are often refered to the ‘diseases of affluence’ but are also even more common amongst the poorer sections of the affluent society and often related to pollution and a poor diet coupled with lack of exercise.
Most people in the West have come to regard the car as a basic necessity.  Families without cars are now considered to be poor. Sadly this mentality is now spreading to many so called developing countries, especially in South East Asia, thus making transport a growing cause of respiratory health problems and global warming.
For example air pollution in Beijing has reached a crisis level (2015) .
It is hard to understand this love affair with the car given the stress, health problems, pollution, accidents and congestion it causes.  Yes it is often convenient, especially during inclement weather, but do the advantages of car travel outweigh the disadvantages, which include the initial purchase and running costs?   Has the car now become an extension of the home, like a new summerhouse, rather than just a means of getting around?

Congestion, pollution, fatal and serious accidents, environmental and aesthetic degradation are reasons enough to abandon cars as a means of transport, but to these must now be added new direct and indirect links car transport has to ill health, especially of children, and global warming.

For a very small number of people the car may be legitimately be regarded as a necessity.  However, the purpose of this web site is to urge most people, especially young people, to rethink their attitude towards transport and consider the role cycling has in improving health and reducing pollution and carbon dioxide emissions.

Cycling is good for your health and your pocket and the greater the number of people who give up their cars, or decide not to own one in the first place, the safer will be roads for cycling on and the greater the focus on providing safe routes for cyclists.   Also, public transport will become more economically viable and general efficiency will increase for those who must use vehicles for their business activities. Holiday and leisure facilities will become more pleasureable without the environment being spoilt by the presense of large numbers of cars.   Traffic congestion will also be reduced.

Cycling is good for your health
Most able bodied people should be able to use a bike for most journeys under 5 miles (Most car journeys are under 5 miles). Among the likely benefits of regular cycling are:

Cycling can help make you feel good about yourself
Consider for a moment how much better you would feel arriving at the office after an invigorating morning bike ride, rather than a rushed and busy trip through morning traffic.  Or how about at the end of your busy work day, letting all of your stress melt away as you take a leisurely ride home on your bicycle, avoiding the even more stressful rush hour traffic?  It is likely that your trip home wouldn’t take much more time than traveling by car.  Also consider how much time you’ll save by not having to spend so much of it at the health club.  You may even decide to save some money and not sign up for membership during your cycling months.

If the money saving aspect is not all that important to you, consider the environmental benefits.  Bicycling is very environmentally friendly, and you’d be making a measurable contribution to its preservation.  It takes a great deal less of our planet’s resources to build a bicycle than it does to build and maintain a car.  Cyclists do not pollute the air with toxic gases or leak dangerous oil and antifreeze into the earth.  They also do not contribute to the growing problem of grid lock and noise pollution the UK is facing.   And just think how much friendlier people would be to one another if they were all on bicycles.  Think of how much less road rage there would be!

Cycling does not require so much exertion as jogging and can be carried on well into old age.

This may be too obvious to mention, but cycling will save you a lot of money.  The savings from swapping the car, bus or train for a bicycle are considerable.

Cycling can increase efficiency and profits for employers
Employers should consider the benefits they can gain by promoting bicycling, too.  Employees over-all health improves, the number of sick days that your company pays for are likely to decline (and if your employees do get sick, they’ll recover faster).  Medical costs decrease, your employees feel better (physically and emotionally), and they’ll be more effective and happier at their jobs.
Obesity accounts for about 18 million days of sickness absence each year and 30,000 premature deaths.  On average, each person whose death could be attributed to obesity lost nine years of life.  Treating obesity costs the NHS at least 4 billion a year (2011).  The total cost to the UK economy is estimated at £47 bil per year.  Two bil people in the world are overweight and this is likely to increase to a half by 2030.

Problems for cyclists
For some people the decision to abandon the car in favour of a bike requires some courage.  Probably the greatest disincentive to cycling is fear of accidents caused by motorised traffic.  Lack of consideration and yobbish behaviour on the part some people travelling by car towards cyclists can also be a problem.  However, it must also be said that the behaviour of some cyclists (like night riding without lights and inconsiderate behaviour towards pedestrians) can give cyclists a bad name.
There would appear to be a stong case for promoting the use of the bicycle as the primary means of transport for most journeys made across the world and provide more safe cycling routes in urban areas. 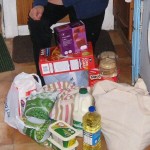 If you have ever struggled from a supermarket or city centre with a heavy load of groceries on each arm you might consider how much easier it might have been to carry the same load on a bike.  The picture on the left shows just how many items can be carried with ease on a bicycle – which can be wheeled around with you as you move from one shop to another.

If you think that using a bike for shopping might be time-consuming, then stop to consider the number of times you spent half an hour or more looking for a parking space and then several minutes to find the ticket machine and take the ticket back to your car.

With increasing concerns about global warming and the growing numbers of people with diseases related to obesity and lack of exercise, does it not make sense to use a bicycle for getting around whenever possible?