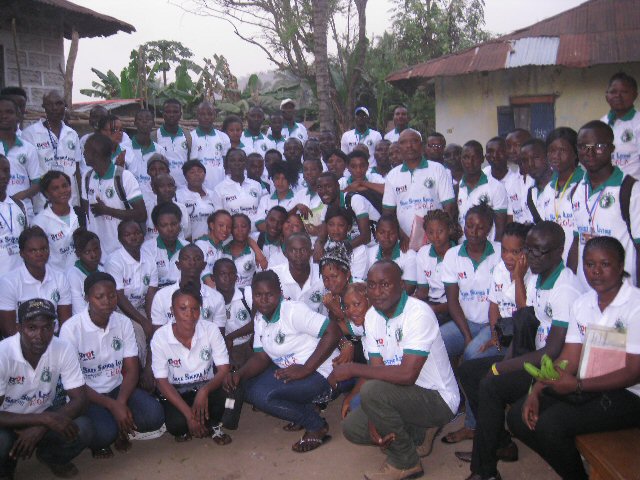 FIOH Sierra Leone carried out this programme in 2015.  The FIOH Fund contributed £7,138 towards this project located in the Tonkolili, Bombali and Port Loko districts in the north of the country.  Most of the funding came from Bread for the World.

Where does Ebola come from?
The first known incidents of the Ebola virus were in 1976.  There were two simultaneous outbreaks in Nzara in Sudan and Yambuku in Zaire (now the Democratic Republic of Congo).  The name of the Ebola river near Yambuku was given to the new epidemic.
Outbreaks have mainly occured in remote villages in Central and West Africa, close to tropical rainforests.
The main outbreaks were in West Africa, mainly in Guinea, Sierra Leone and Liberia.
Ebola is described by the World Health Organisation (WHO) as “one of the most virulent viral diseases known to humankind.”
There are five distinct species of Ebola and the survival rate ranges from 25 to 90%. There is no licensed vaccine for Ebola although several are currently being tested.

How is the Ebola virus transmitted?

What are the symptoms?
Initial symptoms include the sudden onset of a high fever, muscle pain, general weakness, headache and sore throat.
Further symptoms include vomiting, diarrhoea, rashes, damage to the kidney and liver function.
In some cases symptoms can include both internal and external bleeding.
There is no known cure or vaccine for ebola.

How can the virus be prevented?

What is being done to treat it?
Several vaccines are being tested, but none have been approved for clinical use.
Severely ill patients require intensive supportive care.  Patients are frequently dehydrated and require oral rehydration with solutions containing electrolytes or intravenous fluids.

Background to the project and problem analysis 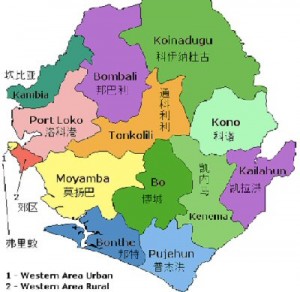 In May 2014 the Mano River Union countries (Sierra Leone, Liberia and Guinea) experienced an outbreak of ebola.  Between May and  October 2014  the disease  left over 4000 people dead in this part of West Africa.  In Sierra Leone the epidemic spread across the length and breadth of the country.
Since the outbreak the Future In Our Hands – Sierra Leone together with Youth with Focus, Kankalay Youth Development, Sorbeh Nyagah Women’s Association and God is God Ministries were part of the national Sensitization Team engaged in Community Education on the Prevention and spread of the Ebola Virus.  Our messages focused on the causes, symptoms, preventive measures and required action in the case of infection.  Although we were fairly satisfied that most communities were fully aware about the outbreak and the infectious nature of the disease, we realised the  need to take the fight to another level as the spread of the disease was not then contained.  We realised that the strategy then adopted was mainly focused on providing supportive treatment for infected patients at specially established treatment centres in Kenema and Kailahun; then scaled up to Freetown.  Initially the follow-up of contacts was difficult due to mistrust and resistance of the local communities; attributing the infection to witchcraft, failing to take sick patients to hospitals and resisting attempts to collect dead bodies by the authorized burial teams for sanitary burials.  These challenges led to a failure to effectively interrupt the chain of infection.  The situation was aggravated by the very weak capacity of local health facilities as they were not able to adequately mount a consistent response due to ill preparedness and loss of staff frightened by the high morbidity among their ranks.  This utter state of paucity weakened the overall health system even further. Communities were not equipped to isolate suspected cases effectively.  This led to an increase in stigma, discrimination and fear. This awareness among FIOH-SL ignited an action to build community capacity to respond to the ebola epidemic by forging stronger partnership and collaboration with state actors and non-state actors.
The death of many health care workers in the country created panic and mistrust in hospitals, with reports that some health care workers were abandoning their posts.  Ebola is almost universally fatal.  Victims were socially stigmatized and isolation represented an offense and family shame.
Some of those affected by the virus were either abandoned or rejected by their families during hospitalization.  In the isolation ward in particular, the most harrowing experience for victims and health workers was the loss of friends and colleagues who died next to them.  The reluctance of hospital personnel to treat them and the abandonment by medical staff including the refusal to admit visitors  was also difficult to bear for most patients.  The grief for family members who did not survive was also very intense.  Some of those who survived either tried to escape from their families or immediate neighbourhoods for fear of stigmatization.  Those who survived, even though completely healthy, were feared by others.  People did not want to come near them or have anything to do with them.  Even their children were told not to touch them and wives were told to go back to their home villages and communities.  The discrimination extended to family members and friends, who were regularly shunned at market places and other public areas.  For the community, the psychological trauma of losing loved ones and witnessing death on a large scale and ebola burial methods were very distressing and traumatic and often caused severe long term mental health consequences for the relatives of the victims.

Prior to the outbreak of the ebola virus in the country, Sierra Leoneans were much concerned about family members’ sicknesses, deaths and other social issues.  In most cases the families even raised funds to bury their dead with the full participation of community members whether the community was heterogeneous or homogeneous.  The community members also provided peer support for those with serious illnesses or for bereaved family members.  But with the collapse of this unique practice due to the ebola virus outbreak in the country, there were very serious family divisions and animosities.  For instance, family members could not touch their loved ones in the event of sickness or death, while members of the community.
The FIOH Sierra Leone forum saw the need to promote peace among families, in the communities and in the nation as a whole. The forum aimed to provide psychosocial support to survivors, family members and volunteers, including social workers and clinicians.  Volunteers, mainly community leaders, social workers and family members, were trained to conduct community sessions/outreach campaigns for the mitigation and reduction of stigma and fear of ebola survivors and their families in the communities.

The table below summarises the situation in the three regions in mid 2015: 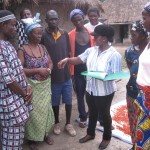 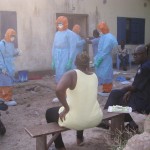 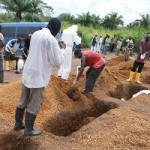