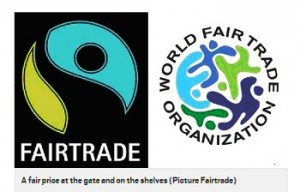 Ethical investment
An increasing number of individuals are concerned that the money they invest is not used to support governments and organisations:

These are a summary of some of the commitments in the Ethical Policy of the UK Co-operative Bank developed after concerns following the near collapse of the bank due to financial mismanagement and its ownership by mainly US hedge funds.  This showed a commitment to the pre-crisis policy.  The Co-operative Group now owns only 20% of the bank.
The bank also states that it will seek to support businesses involved in developing alternatives to animal experimentation and farming methods that promote animal welfare.  There are also commitments to support projects which protect the environment and international development and social development in the UK.  The complete policy can be seen here:
coop-bank-ethical-policy

Many may feel that these commitments do not go far enough, but at least they can form the basis for assessment of the bank’s ethical performance in the future.  Also, the Co-operative Bank as of 2015  is the only high street bank with a clearly articulated ethical policy.

However, the Bank is ranked only 24th for its ethical performance in the Ethical Consumer

The Triodos Bank has a high rating but potential customers should be aware of its links to the ideas of Rudolf Steiner and his occult religion/movement he named anthroposophy .  In its Articles of Association it states  “Triodos Bank is – at its sole discretion – associated with anthroposophy, this being the humanities science initiated by Rudolf Steiner that accordingly forms an important basis for the work of Triodos Bank”.

The bank supports Waldorf/Steiner schools, biodynamic farming and Camphill communities and has links to a biodynamic organisation